Does Your Business Have a Woman’s Intuition?

Innately female characteristics could be the key to construction industry success.

Renea Fritz often starts her workdays at 6:30 a.m. – because her customers get started at 5:30 a.m. More than a decade of experience in the construction industry has taught Fritz that showing up when and where her customers need her is essential to serving as a trusted business partner.

“I think it’s always been really important to me to stay a step ahead,” says Fritz, GP’s District Manager for the Midwest. “I’m a pay-attention-to-details person. I never want to be on a jobsite and not understand the lingo my customers are using. So I’ve studied a lot and learned a lot, and I bring that knowledge to work for my customers.”

Fritz says she came into the construction industry “by accident,” working as a lumber trader before taking on a sales position at GP nearly 10 years ago. As National Women in Construction Week runs March 1-7, she says her experience as a woman in a predominantly male industry has mostly been one of positive professionalism. But that’s not to say her career has become gender neutral. Fritz shared some insights about how the construction industry can use typically feminine characteristics to its advantage, and what women and the industry should remember about the value women bring to the workplace.

As of 2018, the National Association of Women in Construction (NAWIC) says women comprise just 10% of the construction-industry workforce.  “When I started as a sales rep, I think I was the only women in that position,” she recalls. But the gender disparity might also indicate that construction firms are shorting themselves on valuable characteristics that are often innate in female staff members.

“Women tend to be more empathetic than men, and that’s a big part of success when you talk about working with customers,” Fritz says. “We have the ability to see their perspectives, and to provide value to their businesses with that in mind.”

Another skillset that’s essential in sales, project management, and that of the “household CEO” – a role in which women generally excel. “We run households,” Fritz says. “We balance budgets and pay bills, we manage personalities and schedules, and we do it all with that empathy and caregiving instinct” Though research has found that men and women multitask with equal efficiency, reports also indicate that women’s brains are better built to combine analytical and intuitive thinking. “With those skills, women can bring something to this industry that comes naturally, and that value is huge.”

Knowing the industry at large is challenged with a labor shortage, women could be an untapped source of qualified workers. But as a heavily male industry, construction may not be a top-of-mind career path for women. Fritz thinks this is a mistake, and has taken it upon herself to foster a more attractive environment for women she works with.

“If you’re driven and passionate about what you’re doing, the industry you’re in isn’t really relevant,” she says, and tells this to the women she mentors in other GP offices. “I’m really proud to be able to show them ways they can be successful. The number one thing I tell them constantly is to get comfortable with being uncomfortable. We’re on these enormous construction sites, not somewhere we’d ordinarily find ourselves, and we have to be able to sit with it, and own it, and be able to learn from it.”

A Place for Women to Thrive

The percentage of women in the construction industry has hovered between 9 and 10 percent for more than two decades, and NAWIC reporting indicates that nearly three-quarters of industry women (72%) are in either sales or management roles, rather than out in the field. NAWIC leaders are working hard to bolster the overall participation of women in the industry, both in the office and in the field.

“Our message for Women in Construction Week this year is ‘Paving New Roads,’” says NAWIC Communications Manager Amber Swinford. “The intention behind that is the idea that women are finding their own way in the industry, and creating paths for themselves and each other, that maybe weren’t there before.” The association’s annual conference in August 2020 will continue the message with the theme “Dawn of a New Era.”

Swinford says NAWIC chapters regularly partner with Girl Scouts and other K-12 programs through its own educational foundation to foster an interest in construction beyond what young women may already know. A look around the industry also shows new efforts that make construction trades more accessible for women. Safety products manufacturers now regularly produce gear in women’s sizes, including work boots, gloves, eye protection, and safety vests. Power tool manufacturers have put a focus on ergonomics, including lighter weight tools and grips for smaller hands, which can benefit a variety of workers including women. Networks like HGTV and DIY have several programs with women at the forefront of down-to-the-studs construction projects.

Altogether, Swinford says women are stepping up and showing the next generation that the industry does have a place for women. Fritz agrees, and says she’s gratified to know her own daughter has recently started a career in another male-dominated industry, and is thriving. “I would love to see the younger generation of women really get into this field and adapt to it, and learn from it,” she says. “When we place value around drive, and intelligence, and integrity, we can really dominate, no matter what we’re selling or building. It’s challenging, but very rewarding.” 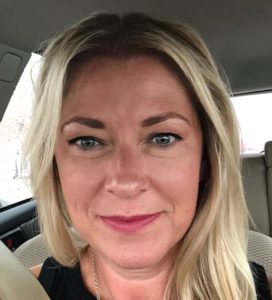